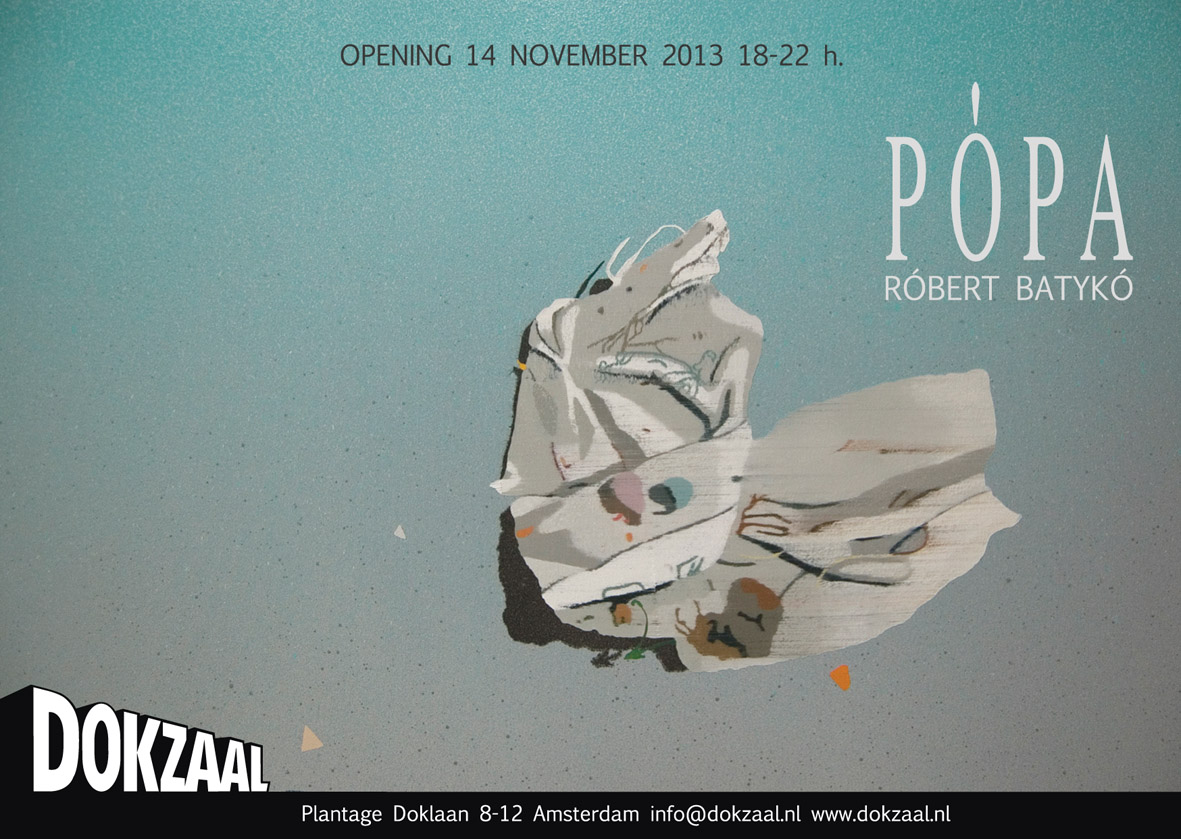 Artist in Residence at Plantage Dok:

My work has been inspired by perceivable reality. The image that can be seen through the eyes is merely a point of departure, of which the joy of discovery and the possibility for identifying with the image are the sole personal aspects. I often stumble across its themes unexpectedly, through banal, everyday situations. The sidewalk, the street, and the surface of the earth are but a multitude of panel paintings, on which fragments of mundane objects and everyday reality appear as quasi-archaeological findings.

While our everyday language refers to this as waste, to me, objects that are condemned to destruction are traces of culture and existence. I am interested in the moment of discovery – the one-off instants of serendipity. I am interested in the alchemy of transforming feelings and thoughts caused by a spectacle back into an image. I analyze what I see and then, by using its components freely, I recreate it. In the paintings, I use thin layers of glaze to render the process of painting visible. Transparency is a key element of my art, which is inseparable from the painting tradition, as well as from the deep, conjured up layers of art history. In addition to references to the history of painting, new technical solutions also become visible, which result from never-ending experimentation and the employment of tools less familiar to the world of painting. The image, to me, is an object which can be sensuously grasped, and which requires active physical presence. The struggle with the material – the ways in which, as a chance event of glazed surfaces, the paint assumes its shape in a manner that is sometimes autonomous, sometimes directed – brings into visibility the problematic of serendipity. This, in turn, alludes not only to the ontology of found and painted objects, but also the ecstatic process of creating the painted image. The painted picture, as a whole, is reminiscent of a strange archaeological excavation – a cultural deep-bore into the layers of the past.

This is the archaeology of ever-changing meaning and fragile human presence. The spectacle-fragments, the ephemeral objects, the enigmatic mementoes solidify into painterly traces, layer-structures, into which time-processes condense.