Filmavond, films for those who care | Working girls 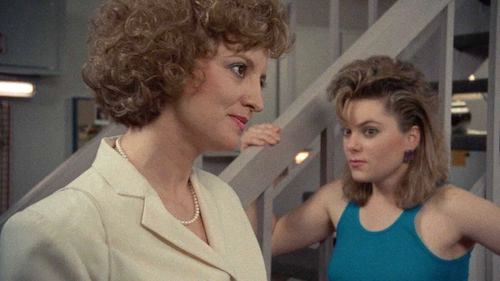 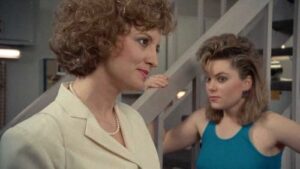 Director Lizzie Borden was a unique one. At the very beginning of her career she knocked out two of the most confronting movies of the 1980s in America. Both were done on low-budgets, but took an unusually fierce stance on the topics they chose to deal with. The first film was the punk-socialist Born in Flames, which detailed a women’s guerrilla revolution in Manhattan, and the second ground-breaking film was this one, Working Girls.

This is an un-erotic film about sex. In other words it is about sex as a trade, the world of female sex workers. It depicts one day in the lives of three women—Molly and Dawn are workers, Lucy is the madame— all working in a modern apartment-brothel (escort service). All three women are there for different reasons (but all financial) and each handles the work in different ways. One is even a lesbian, and has to divorce her personal life from her business. What is crucial is that in this film we see a view of an escort service that is totally unrecognizable from the stereotype in any mainstream movie. It’s this brutal clash in how the situation is depicted that makes this such a valuable experience.

Director Borden did a lot of research on the brothel scene in New York City, and what she learned gives this flick many insights. Like I said before, there is not much sensuality here for the audience to experience, only the grind of unsavory work along with the boredom of killing a lot of time, waiting for the phone to ring. The actual sex scenes with the clients are not meant to be titillating or to seduce us in any way. They are set to a cold electronic music score by David Van Tieghem, keeping us, in a sense, at arm’s length. And although I make the movie sound like it is one sided—women vs the clients—actually it is much more complex and nuanced. For instance, one of the sex workers almost sees her work as a kind of therapy session for the men that visit her.

The film raises many questions, such as: who is exploiting who the most… the clients who use the service, or the women who cynically want to drain the rich bastards of their cash? And what about the madame that runs the joint? Or you can also step back even further and see the society we live in as a cat-and-mouse game where everyone is exploiting each other. And yet, despite it all, there are glimpses of something else in the narrative… moments of solidarity and caring.

“A modern classic uncompromisingly lensed through a female viewpoint.”