Filmavond, films for those who care | CHRONICLE OF A SUMMER 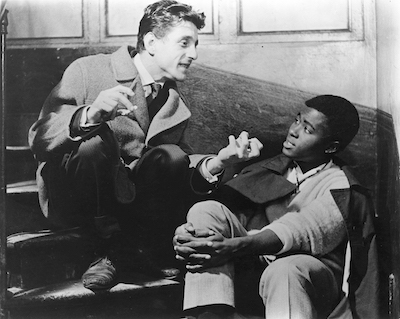 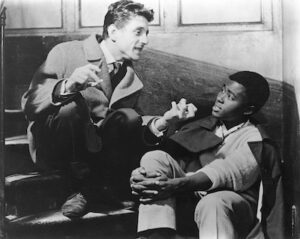 This is one of the most important films in the history of cinema, and one that is rarely ever shown in cinemas these days. Ethnographer Jean Rouch is famous for his anthropological films about African culture, and was a pioneer in creating a new kind of documentary cinema in which he made films with the participation of his subjects (rather than judging them from afar). His groundbreaking movies (called ‘shared anthropology’) were heralded by the French New Wave because he found a way to make cinema real again, and you can see his huge impact on their New Wave cinema.

So in 1960 anthropologist Rouch collaborated with sociologist Edgar Morin on an experiment. Instead of making so-called “ethnographic” films about people in faraway lands like Africa or Asia, they decided to turn the camera on their own culture for a change. Using a newly available 16mm camera, they set out to do what no one else had done before—to go out into the streets of Paris and attempt to capture daily life and discuss it. They felt they needed a theme to focus the project, so they simply asked people if they were happy. The result is shattering, both cinematically and emotionally. Souls are revealed in a way that no fake dramatic acting could ever come close to…. piercing and moving, even more so because it’s so real and unscripted.

As one viewer said “watch it and be blown away.”  Once again, cinema these days has fallen into a narrow rut… we need fresh ideas that can spark new directions of filmmaking—and this movie does exactly that. It both expands the imagination, and grounds us in real life at the same time.